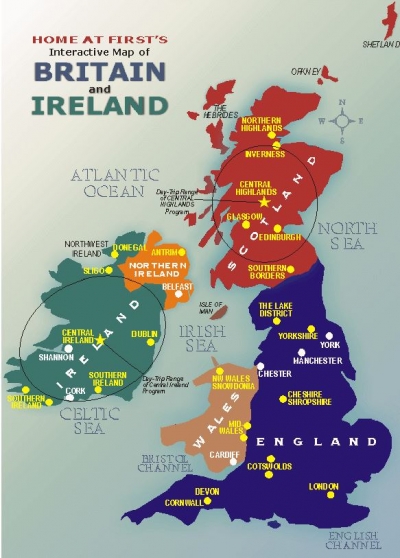 Antiquity to 1000 – Scotland didn’t exist.  The proper name was Alba and the inhabitants were a mixture of Picts, Scots, Vikings, Romans

Antiquity to 500 – (Tribal).  The country was roughly divided into Celtic principalities of  Deceangli, Gangani, Ordovices, Silures, and Demetae These are not usually referred to in the place name.

If a tribe is identified, then it is added as a suffix to the name of the person.  Example:  Elystan of the Silures, and the place is usually modernized to show the current location if known.

After the Roman occupation ended in 410, the Celtic principalities were gradually replaced by Welsh Tribes and divided into separate kingdoms, Gwynedd, Powys, Deheubarth, Brycheniog, Morgannwg, and Gwent.

1996 – The Counties were changed to a series of new counties based on the Old Welsh Tribal Counties and also into a series of 22 Council Areas.  Many of the old Norman named counties also have Celtic Names.  Either can be used in recording places.