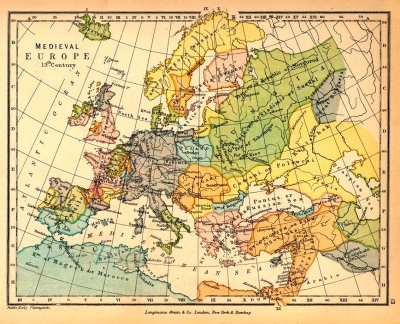 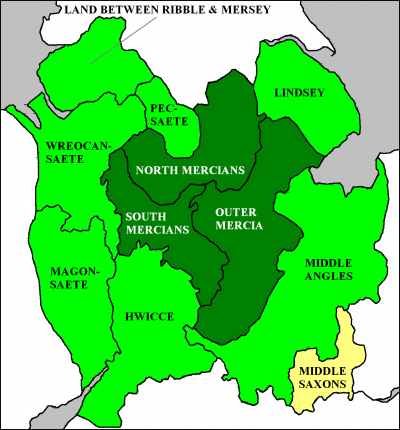 If we are fortunate enough to start taking our family history back into the middle and dark ages in Europe, we soon find that place names are unfamiliar.  For instance, where and what is West Francia, Austrasia, Gwenydd, etc.?

Let's take a quick overview of the development of Europe.  If we roll back the clock for nearly 3,000 years, we find that the Mediterannean region was populated with established countries such as Rome, Greece, Palestine, etc.  However, the rest of Europe was inhabited by hundreds of tribes of various ethnic groups.  Large areas of Europe were inhabited by the Celts.  Other areas by various Germanic or Scandinavian tribes.   These tribes always had leaders or chiefs and existed as separate bands that traveled for commerce or war.

Eventually, these tribes began to establish territorial boundaries and  kingdoms emerged and the tribal chief became a prince or king.

The small kingdoms developed governments, led by the friends and relatives of the leader. Thus a privileged group arose with titles and we begin to have nobility in these small kingdoms.  As time went on, each kingdom wanted more territory, and warfare ensued.  As kingdoms were conquered, boundaries changed and kingdoms were absorbed either by warfare or perhaps by inter-kingdom marriages.  Eventually, these territories came under the leadership of more powerful centralized kings, and we started having counties and districts, and even nations.  With these new larger kingdoms, came new titles of nobility. For instance,  the kings sub-ruler over a district was an earl or  baron.  A sub-ruler over a county was a count.  Warriors were knights.

There are many websites that have information about these petty kingdoms, showing their leaders and years of existence.  The Geni project has a website that lists most of them.  Its link is   http://www.geni.com/projects/Medieval-Kingdoms-of-Western-Europe/3198

If you examine its website, you will notice that many of the listed kingdoms have a link.  However, these links are to other geni websites which may or may not provide further information.  However, most of the following kingdoms have other sites, mostly Wikipedia articles to provide more information.  Please use Google or another search engine to look them up.  Many of these sites show maps and names of rulers.  Please note that dates are often approximations.  I have used the Geni Project as a reference to prepare the following list, rearranging categories and adding additional information.  Do not assume that the years or tribes/nationalities are completely accurate.  Much is guesswork based on ancient documents.

In Celtic Ireland, very little archeological findings and no written records other than observations of Greeks and Romans.  Ptolemy mentioned and mapped tribes of which we have no evidence of their existence outside of the mention, i.e., Venicnii, Robogdii, Darini, Magmatae., Voluntii, Eblani, Cauci, Autini, Gangani, Manapii, Omanapi, Velabori, Usdiae, and Iverni.  If they existed, we do not know their location.

Defining that part of Europe that is considered Eastern Europe is difficult.  It is often defined in various ways: geo-political, by ethnic groups, by geographic landmarks, and by religion  There are four defined areas for grouping countries:  Eastern Europe, Southeastern Europe, Caucasus and Baltic. There are many countries in Eastern Europe.  Some are ancient and had kingdoms, some are modern and even very recent.  This section lists by kingdom.  As I researched each country, if I could not find any listed kingdoms, I list the country name, its region and specify "No Kingdoms Found"