These jurisdictional changes create challenges for the genealogist. How do we enter a place name? Should it be entered as it appeared on the original record? Should we enter the location as it exists today? Unfortunately, there is no definitive rule. The genealogist enters data in a way that makes the most sense or is more useful to the one entering the information. However, this can create problems when the data becomes published, either in a book or on the web. If different genealogists record locations differently, then others viewing the data can become confused, not knowing which is correct.

This following case study does not solve the problem. It is not intended to establish definitive rules on entering locations. It does however, make suggestions useful to the researcher.

Let’s take a look at an example from history. We are going to examine at a town in the United States where events described actually took place, although the individual in the example is fictional.

The town is Blacksville. This town was settled in the 1764 in West Augusta County, Virginia. However, Pennsylvania claimed the territory where Blacksville was located. Two surveyors from England, Charles Mason and Jeremiah Dixon were hired to establish colonial boundaries and they established the shared boundaries between Pennsylvania, Maryland, Delaware, and Virginia known as the Mason-Dixon Line. This survey was accomplished between 1763 and 1767. 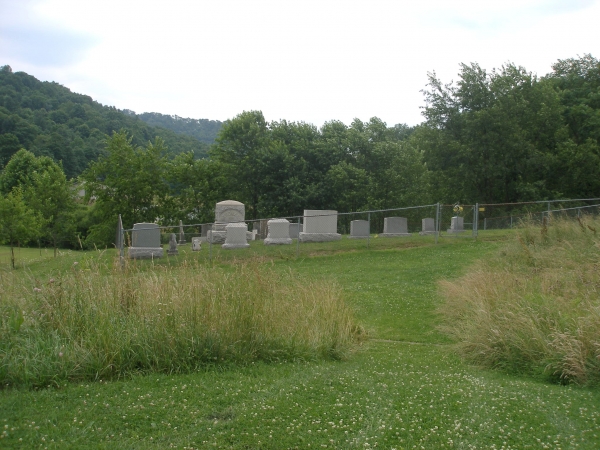 But, in 1763, during the Civil War, West Virginia was formed from Virginia because many of the inhabitants wanted to align with the Union instead of the Confederacy. So now the Virginia portion of Blacksville was now in Monongalia County, West Virginia.

How do you enter the information? This is the birth entry from the source document:

Born to Ebenezer and Marianne Smith of Blacksville , a son John on the 6th Day of April, in the year of our Lord 1765.

Here is a list of some of the ways the birth location could be recorded.

Which of the above is correct? Let’s examine these entries:

a. Blacksville, West Augusta, Virginia, United States. This is historical inaccurate. The United States did not exist in 1765. The Declaration of Independence was in 1776!

b. Blacksville, West Augusta, Virginia, British Colonial America. This entry is historically accurate, but not much help in doing on-site research. It doesn’t appear on any current maps.

c. Blacksville, Monongalia, West Virginia, United States. This entry is historically inaccurate since West Virginia wasn’t formed until 1863. But this entry will let you know where the town is now.

From the historical perspective, choice "d.” or "e.” is obvious. But this location is not going to be recognized by most genealogy programs that use place lookup tables. Choice "c.” is also good, as long as the historical information is included in the individual’s notes.

In my own family history files, I have chosen "e.” But this is my personal preference, not a recommendation. You need to enter what works best for you. But…it is of utmost importance that you make sure that you have included both historical and current location by some method.