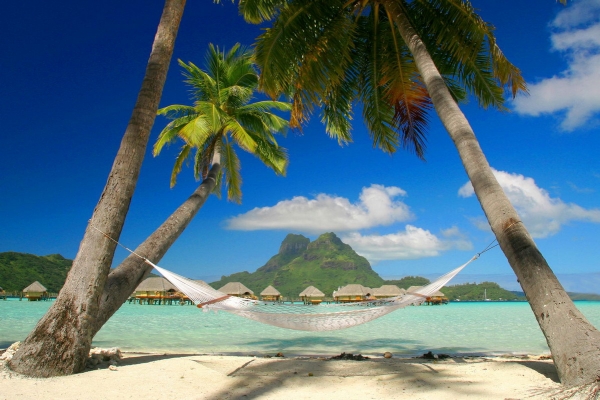 Part 1 - The Florida Keys and Bermuda

Part 2 - Islands of the Caribbean There are many islands in the Caribbean with significant human population. There are thousands of small islands and keys, many uninhabited. In addition, The State of Florida Contains the Florida Keys and the Dry Tortugas that lie about 67 miles west of Key West. The Dry Tortugas are a small group of islands designated as a National Park and inhabited only by a group of about 15 National Park personnel.

#Part 1 - The Florida Keys and Bermuda

The Florida Keys consists of 1700 small islands, most of which are not inhabited. 800 of these keys are mapped and about 30 are inhabited. Whereas most of the Caribbean Islands are volcanic in origin, the Florida Keys are exposed portions of an ancient coral reef. Most keys are only accessible by boat such as those in Biscayne National Park. The inhabited islands are accessible via an overseas highway extending as a series of bridges from the Florida mainland south of Miami.

The Florida Keys (from the Spanish word Cayo, meaning small island) were first charted in 1513 by Juan Ponce de Leon. Until the completion of an overseas railway in 1910, the islands were only accessible by water. The Spanish had settlements on the keys, but United States settlers did not start appearing until the 1800’s. During the American Civil War, the Florida Keys were part of the Confederacy.

The following is a list of the inhabited islands in the Keys, starting with those in Miami-Dade County and ending at Key West in Monroe County: These are islands that have residences. Although inhabited, some of these keys are private owned and restricted to residents only. Some keys, although accessible, are not included because they have businesses such as fast food and service stations or provide road access to other keys, but have no permanent residents.

is not within the Caribbean, nor with any other area of this publication.  For research purposes, I have included in this chapter.  Bermuda is located in the Atlantic Ocean off the eastern coast of the U.S., 640 miles east-southeast of Cape Hatteras, North Carolina. It is now part of the British Overseas Territory.

#Part 2 - Islands of the Caribbean Most of the Caribbean Islands were formed by volcanic activity. They lie in a region of intense seismic activity, which includes frequent earthquakes and volcanic eruptions.

European contact began with the voyages of Christopher Columbus who first landed in the Bahamas in 1492. The Portuguese and Spanish began claiming territories. Gold, sugar cane, rum and other riches available in this area made it an area of European conquest, war, and exploitation for centuries. England, France and the Netherlands also established colonies to gain economic advantage. The Spanish in particular enslaved the native population nearly to the point of extinction. All of the European nations imported slaves from Africa to work the plantations in their colonies. Since there are thousands of islands, most are either uninhabited or have been settled recently. The presence of fresh water has always been a deciding factor, and with today's power boats available to bring water in on demand many small islands have private ownership or are used as research stations and lighthouses.

The following lists inhabited islands of the Caribbean, showing what countries colonized them. Dates are provided, along with changes in ownership, treaties, independence and current status to help Family Historians with ancestry in this area.

#The Bahamas are in the British Overseas Territory and consist of more than 3000 islands, cays, and islets in the Atlantic Ocean South of Florida.

Turks and Caicos. I have included East Caicos. It once had a population but has been uninhabited since the early 1900's. These islands are part of the British Overseas Territory and are located at the southern end of the Bahamas Archipelogo. 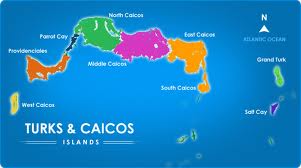 #Central American Caribbean -
The Corn Islands were leased by the U.S. from England in 1914 and a Coast Guard presence is maintained there to control drug traffic. Panama controlled islands are all in the Bocas del Toro Archipelogo and those of Honduras are in Honduras Bay.

#Greater Antilles.  The Greater Antilles contains three of the four largest islands in the Caribbean - Cuba, Hispaniola and Puerto Rico.  Hispaniola Island contains two nations, Haiti and the Dominican Republic.  Hispaniola was settled by the Christopher Columbus and La Isabela was founded in 1493 in present-day Dominican Republic as the first European settlement in the Americas.  From West to East, the Islands are Cuba, Hispaniola, and Puerto Rico. Jamaica in 90 miles south of Cuba and the Cayman Islands are northwest of Jamaica.

Greater Antilles - Cuba.  The Republic of Cuba is the largest island in the Caribbean and is located 90 miles south of Key West Florida.

#Lesser Antilles (also known as the Caribbees) are a long, partly volcanic island arc in the Caribbean Sea. Most of its islands form the eastern boundary of the Caribbean Sea with the Atlantic Ocean, with the remainder located in the southern Caribbean just north of South America. The Lesser Antilles and the Greater Antilles compose the Antilles, which are in turn part of the West Indies along with the Bahamas, the Cayman Islands, and the Turks and Caicos Islands.  The islands of the Lesser Antilles are divided into three groups. The Windward Islands in the south, the Leeward Islands in the north, and the Leeward Antilles in the west consisting of islands just off the coast of Venezuela. 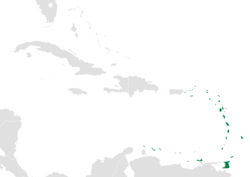 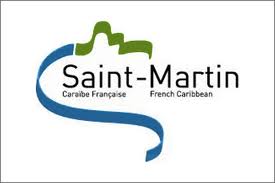 The British Virgin Islands consists of over 50 islands and cays, about 15 inhabited.

Puerto Rico and its islands are an unincorporated territory of the United States.

Saint Vincent and the Grenadines

These islands, along with Saint Vincent, make up the Grenadines Parish

Carriacou and Petite Martinique are dependencies of Grenada.